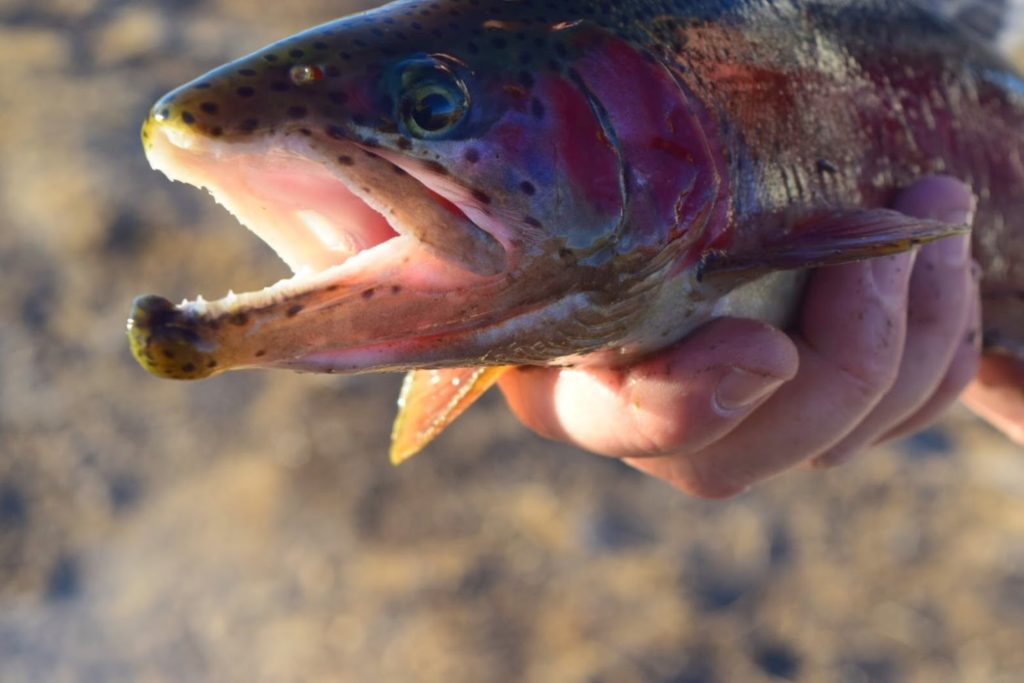 The Eastern Sierra Nevada Mountains are abundant with wildlife, including black bear, mountain lions, mule deer, pine marten, pika and many species of fish and birds.

The beauty of nature is all around Lake Mary. The Lake offers wonderful angling opportunities for Rainbow, Brook and Brown Trout. Lake Mary receives regular plants from the Department of Fish and Game. As a bonus, we also receive heavy summer plants of trophy-sized Alpers trout, some weighing in at the 10 lb to 12 lb range. These prize fish are delicious to eat and fun to catch.

There always seems to be a high level of bear activity at Lake Mary. It is important to be bear aware; keep all food out of sight in approved containers or locked inside your vehicle and remove all food from area after eating; always keep a clean camp and do not feed any wild animals.

One of the exciting things about visiting the Lake Mary area is the opportunity to view wildlife. The key thing to remember is that all animals in the wild are just that, WILD. Though some animals may appear friendly and tame, all wildlife can be unpredictable and even the cutest little squirrel can bite you. Never feed animals! It’s not good for them and can put you in harms way. 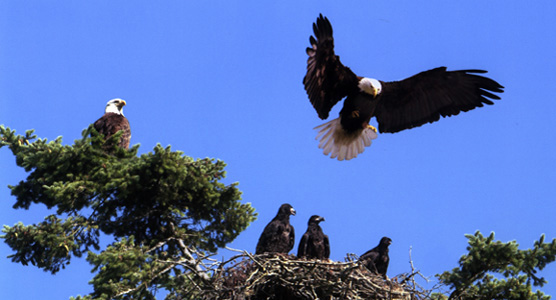 Bald Eagles: There is a family of bald eagles that reside on the shores of Lake Mary. On any given day you can see them looking for fish in the lake. The Bald Eagle has been the national emblem of the United States since 1782 and a spiritual symbol for native people for far longer than that. These regal birds aren’t really bald, but their white-feathered heads gleam in contrast to their chocolate-brown body and wings. Look for them soaring in solitude, chasing other birds for their food, or gathering by the hundreds in winter. Once endangered by hunting and pesticides, Bald Eagles have flourished under protection. 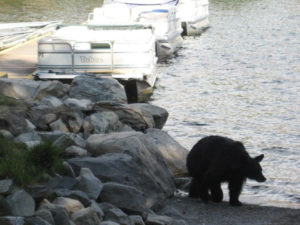 Bears: Of all the forest animals you are likely to see, the black bear is probably the most exciting. Black bears can be brown, blonde, cinnamon or black. Bears are omnivores (they eat everything), but their diet is 80 to 90 percent vegetation. Bears consider odorous products to be food (like toothpaste and suntan oil), and they can recognize food and food containers by sight and smell. Feeding bears, while potentially hazardous to people, is also detrimental to bears. In their search for food, bears can become aggressive towards people. Eventually, the “problem” bear may have to be destroyed. A fed bear is a dead bear.

Marmots:
The yellow-bellied marmot is the largest member of the squirrel family. Marmots can be found from the alpine zone down to approximately 7,000 feet and tend to live among rock slides and ledges instead of in dirt burrows, like their cousin, the groundhog. They eat flowers, grass and other green foliage. Marmots hibernate during the winter so they must gain all their weight during the short summer growing season or they can die of starvation while hibernating. Marmots often can be seen at high-elevation meadows, lying on top of boulders, basking in the warm summer sun.

Mountain Lions:
The mountain lion is one of North America’s largest cats, averaging 7-8 feet long. Lions are solitary creatures that prey upon large animals such as mule deer, elk and bighorn sheep but survive on small animals as well. California’s mountain lion population is estimated at 4,000-6,000.
As with any wild animal, hikers and visitors should use caution while exploring trails and surrounding areas. While it is actually rare to see a mountain lion in the Sierra, sightings and encounters occur every year and should be reported immediately to local authorities.

Mule Deer:
Mule deer are characteristic to the Sierra Nevada and are usually a dark gray-brown, with a small white rump patch and a small, black-tipped tail. Mule deer migrate to higher elevations in spring and summer, and to lower ranges in fall and winter. Motorist should take caution, as mule deer are plentiful in the Sierras and often venture onto roadways.

Birds:
Over 300 species of birds call the Sierra Nevada home. Valley floors, alpine forest, streams and mountain lakes are all host to abundant wildlife and ideal for birding.

The chickaree of Douglas squirrel lives in the dense, higher elevation forest of Mono County. This reddish-gray or brownish-gray squirrel makes its home in the canopies of trees and is one of the noisier squirrels with a large selection of calls and trills. Look for chickarees stockpiling conifer cones at the base of trees for the upcoming winter, as the chickarees do not hibernate during winter months.

Coyotes:
The coyote is a member of the dog family and is native to California. It is similar in size and shape to a medium-sized domestic dog, but its tail is round and bushy. Coyotes found in the mountains can weigh up to 50 pounds and have thicker, silkier fur than their desert counterparts. Coyotes are very adaptive, exist on a varied diet and can be found in both wild and, occasionally, suburban areas. They survive on small rodents, fruits and vegetation. Coyotes are not your average dogs – they are not to be messed with. They are smart, and they learn quickly. Coyotes can be dangerous and should never be fed or approached by humans.

Pine Marten:
Pine martens are small, rare members of the weasel family. Their fur is soft and thick, varying in color from pale buff or yellow to reddish or dark brown, and they have long, bushy tails. The animals’ throats are pale buff; their tails and legs are black. Mostly active at night, pine martens are excellent climbers and will pursue prey, such as red squirrels or chipmunks, up a tree and may climb trees to avoid danger. They’re solitary but curious animals. In winter, long hairs grow between the toe pads on pine martens’ feet to deep the feet warm and enable them to travel on snow.

The Town of Mammoth Lakes and Mammoth Lakes Tourism are stocking area lakes with, literally, tons of fish for anglers to enjoy this summer
Read More…